The spy pen is an interesting piece of tech. Over the years technology has been dynamic and widespread in its advancement. Its reach is deep and powerful enough to hold sway in almost every aspect of modern-day living on a global scale.

Around the world homes, workplaces, personal, spiritual, health and the environment, you name it, technology has aggressively muscled in its influence one way or another.

The lowly but mighty pen is one of its latest appropriations. This simple hand implement which only functions before are writing, drawing and signing edicts, messages, stories, and many other written materials, today is delegated one more function.

As a technology innovated spy tool. And thanks to technology advancement we now have a convenient way to spy on our peers as needed with the spy pen camera, which we can use to write, record videos, and capture photos when needed.

Now, as technology has decided that this new spy pen camera function is critical in the modern world. And as we also found out there is a real need for spy pens. We decided to share with you how we break down our search for the best economical spy pen camera to help us decide on our choice for our own use with this article. 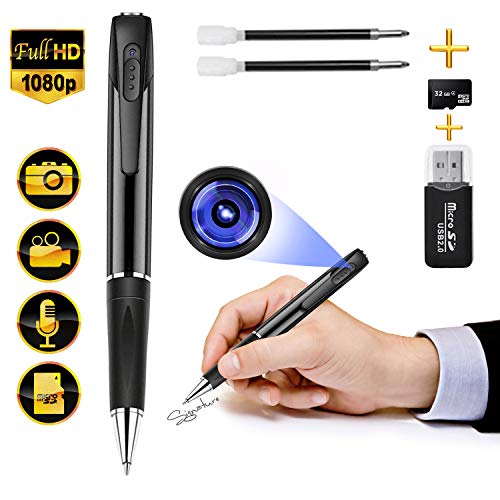 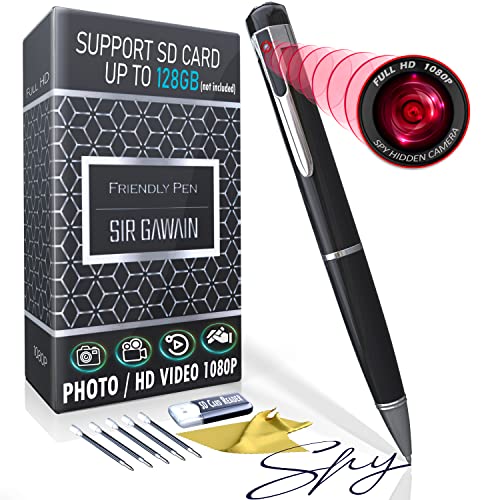 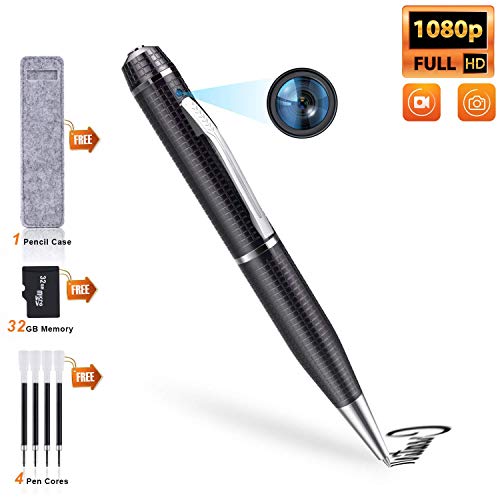 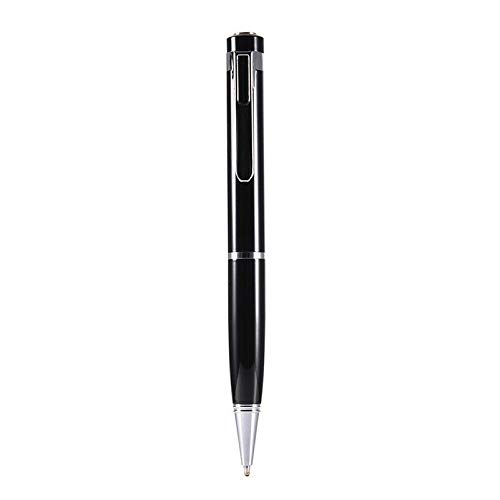 Amazon for us offers an extensive array of choices for spy pen cameras, and we decided to buy 5 pen cameras to pick the best one closely and fully fulfilling the metrics we set as criteria. Here we share how we see each based on their best features.

We have thoroughly exhausted our options to come up with the best spy pen camera closely relevant and provide full support to our intended use for it. But what really helped in our decision to buy the pen camera was the instruction on how convenient it is to use.

We share this with you here so you know it’s not really complicated to operate a spy pen camera and may boost your interest in buying one.

A charging USB cable is provided. Plug one end into the pen’s USB port, the other end you plug into your computer’s USB port. Note that charging the pen camera for the first time should be 4 hours straight.

When inserted correctly, about 1/8” of the SD card will show. The camera pen is now ready to use.
Note: Follow instructions, this is important, the spy pen cam will not work without the micro SD memory card, this is where all recordings and/or photos will be stored.

To check that the pen camera is now ready and you can start recording, press the On/Off button for 2‐3 seconds, from Ready Mode.

You can stop recording by clicking the On/Off button once of your pen camera.

Step 6) Taking a photo with a spy pen camera

One quick click to the On/Off button is all you need to take a photo.
When a photo is captured the green indicator light will blink once then it will return to Ready Mode.

Step 8) Erasing files from the micro SD card to reuse

After copying all the video footages and photos to your computer you now need to clean your micro SD card. To reuse it for your next photo capture or video recording sessions.

Step 9) Changing the stamp date on your camera pen

Reminder: Important notes to make sure you get the best performance out of your spy pen camera

Video Instruction on How to use a Spy Pen Camera

Here are some questions you still might have answered.

How long can a spy pen record?

Each of the spy pens has a different battery life as you can see in the descriptions. However, the average recording time on a spying pen is around an hour or two.

Some cameras can. They have some sort of embedded memory, but those are generally more expensive than wifi-enabled spy pen cameras.

Is it legal to have hidden cameras in your house?

For the most part yes. That could vary from country to country. You would have to check up the laws for any specifics, but most countries allow having a spy pen camera to record.

Compared and judged in real-time performance, the 5 spy pen cameras we tested have each proven their optimum functionality with regards to our requirements.

We tell you there are no two pen cameras with exactly the same features, from different brands and manufacturers but we did our best to examine each based on the number of basic pen camera functions each can excellently deliver, then one extra function to top up.

The best spy pen, of course, is the one that doesn’t look like a spy pen. It has to look like an ordinary pen, not giving away any, even the tiniest hint that it is other than an ordinary writing implement.

The subtler does a spy pen presents its additional special functions the higher its chance to be picked out of the available options. Its main purpose is to spy, so it should not give away its covert characteristics.

The functionality of pen camera features

When it comes to features the best spy pen camera is the one that can be conveniently operated even at very risky positions and situations. It should feature a highly responsive on and off button and register very short getting ready time.

At the most, it must not emit the slightest sound or light when recording and can record and capture very clear videos and pictures even in the absence of any light. Many spy pens boast of their capacity to deliver these functions but as we found out only a few produce excellent results.

The spy pen camera with a worthy hardware

Well, this is admissibly one of the many technological conveniences that are highly disposable. The way it is constructed there is very little chance to revive it by a hardware overhaul when it decides to die on you.

The best we can do is get the ones with an excellently working warranty policy. So when we feel the time is not yet ripe for it to perish because the ROI we got from our investment is not yet sufficient, we can just claim the warranty and have it replaced or buy a new one at a discount.

When it boils down to deciding which is the best spy pen camera to buy which can deliver all the support for our requirements we picked the spy pen camera which amongst the 6 we tested is the most pricey.

However, we were not a bit daunted by the price because we know just looking at it and at the price we know we are not going to have a lot of spoiler moments with it. With the price, we know the manufacturer has not even in the slightest sense pinched the budget for the hardware. It is packed with premium-grade materials and extra features and it carries a lifetime replacement warranty, which the last time we read on Reddit the company honors and are excellently responsive to complaints.

Our choice may not be good enough for you, you are the one who is the best judge for what may work best for you. You may decide on the least expensive because you know it can already deliver great results for your requirements. As I said at the start it is the ability of the spy pen camera to provide you with a convenience that you should consider when deciding to buy one.

Continue Reading about Best Spy Watches with Camera in 2022 →